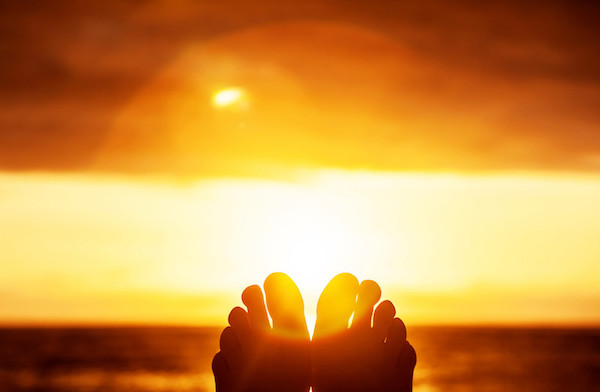 One of the most common areas for skin cancer, melanoma to appear in Singapore is on the soles of the feet, according to the National Cancer Centre.

Melanoma is the most deadly form of skin cancer. The disease affects one in 200,000 Singaporeans by the age of 55. Prolonged sun exposure is the main cause of melanoma.

Early stages of melanoma could look like a mole on the sole of the feet, or a foot ulcer that won’t heal. Other common sites of melanoma in Singaporeans are on the palms and under the nails of fingers and toes (acral lentiginous melanoma,) according to NCC. They are not areas of the body that you would normally expect skin cancer to surface.

It is one of the least known fact about melanoma in Singapore. In general, Asians are more susceptible to foot and hand melanoma than any other ethnic groups. Studies in Japan, Hong Kong and among Asian Americans also showed high incidence of acral lentiginous melanoma. ALM can also appear on the eyes and eye-lids, and in the body’s mucous system like the digestive tract.

By contrast, the location of melanoma is different in Caucasians. The lesion typically shows up on the arms, chest and legs (superficial spreading melanoma.) Melanoma affects more Caucasians than Asians, but because of the unusual location of the melanoma in Asians, and the mis-conception that Asians don’t get skin cancer, the tumours on the feet and hands are often over-looked. Delays in seeking treatment sharply decreases the survival rate from melanoma in Asians. Foot melanoma is also a particularly aggressive form of melanoma, which is also why prognosis is poor.

There are three types of skin cancer: basal, squamous and melanoma. Basal and squamous skin cancer are more common, and are curable if treated early. Melanoma is the least common but the most dangerous because of the ability to metastasis early to spread to other parts of the body.

Melanoma is an abnormal growth in the melanocytes cells, the deep layer of the skin epidermis. Melanocytes produces the skin pigment, melanin. The risk of melanoma increases with prolonged or intensive exposure to the sun’s UV-A and -B radiation.

Stages 0 to 4 of melanoma. Melanoma is deadly because it can spread to other parts of the skin and organs. The ABCDE rule is designed to help people check and identify any sign of a cancerous mole in the body. (Graphic source: The New Paper)

The Health Science Authority in October 2015 approved a new drug, Keytruda for use in advanced melanoma. The drug is a type of immunotherapy to help patients fight cancer cells by boosting the body’s immune system. It’s an alternative to chemotherapy, where both good and bad cells are destroyed. Immunotherapy is less invasive and clinical trials show promising results.

Skin damage from the sun’s UV radiation is cumulative. It doesn’t happen overnight, but over a period of time. The median age of a melanoma patient in Singapore is 55 years old. It is one reason why sun protection should start early in life. It could be we are prone to foot melanoma because of our penchant for flip flops and sandals. We generally wear less covered footwear.

There are also studies which have suggested other risk factors for foot and hand melanoma. Previous trauma on the feet or hands like a burn, cut or an injury increases the risk of melanoma. Another risk factor is heavy exposure to agricultural chemicals. In a study conducted in Taiwan, researches found some of the melanoma patients were farmers, and have worked outdoors without any protection on the feet or hands. The hands and feet were subjected to trauma, and were exposed to agricultural chemicals. Researches said the trauma and chemicals may have contributed to the melanoma in the farmers.

Prevention is the best medicine for foot and hand melanoma: