How fine is the world’s finest Panama Hat? 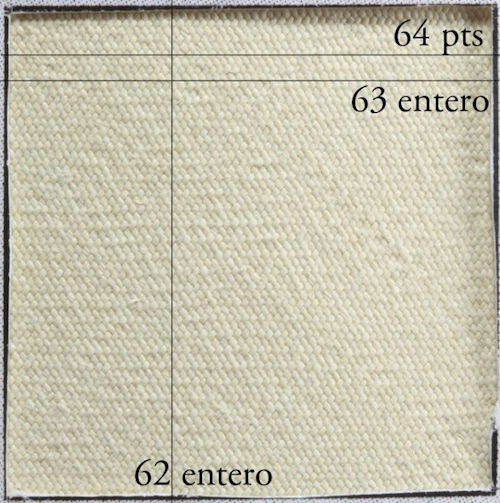 When you hold a Panama Hat, you are holding a piece of history and fine craft in your hands. Each hat is made by hand, not machine sewn, and from skills passed down from generations. Run your hand through the grains of the hat, they won’t prick your fingers. The hat is that smooth and fine. So how fine is the finest Panama Hat?

An incredible 3,906 weaves per square inch (63 x 62 per inch). The Panama Hat is made by Simon Espinal from the little village of Pile, near Montecristi in Ecuador. It took him eight months and over 1,000 hours to complete the hat.

The quality of a Panama Hat depends on how tightly the hat is weaved, and is measured by counting the number of weaves or points (entero) over a square inch of the hat. Espinal’s hat has 63 weaves covering the length of one inch (2.54 cm), and 62 weaves across the width of one inch. It works out to a total of  3,906 stitches over one square inch of hat! 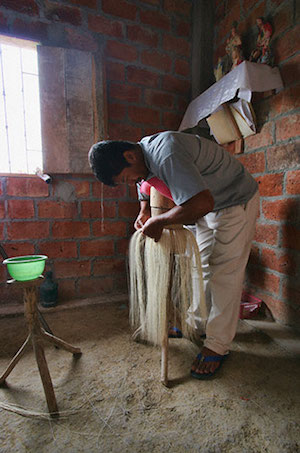 A commercial-grade Montecristi Panama Hat has a weave count of about 400 per square inch (20 x 20 per inch), superfino. The hat by Espinal has nearly 10 times more weaves per inch than a prized Panama Hat from Montecristi. It is a remarkable feat. Simon Espinal, 47, may be the best Panama Hat weaver ever.

Montecristi, a hill-side town of 15,000 people on the west coast of Ecuador, is renowned for making the best straw hats in the world. Old dealers, some with memories that went back to the 1940s, could not remember seeing a finer hat.

Notice the weaves of Espinal’s hat are horizontal, oval and compact, and there is no apparent change in direction. It is the signature style of a Montecristi hat. 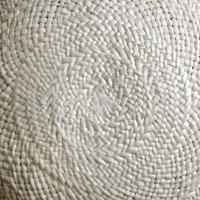 By contrast, the rosette weave — favoured by Cuenca weavers in the south — is diagonal or herringbone-like, that begins from a central rosette at the crown of the hat. The rosette style is more popular because it requires less time to weave. Cuenca, a city in the Andes Mountains, is a major production and trading hub of toquilla hats in Ecuador. Most of the Panama Hats you see are from Cuenca. Nevertheless, a low grade-2 Cuenca hat still requires about eight hours to weave “without distractions,” according to a time trial by British hat seller, Pachacuti.

The grading system starts from grade 1 up to 30 for a premium Cuenca hat. Most commercial-grade Cuenca hats are in the range of grades 3 to 4.

Montecristi’s craft of hat weaving is the finest in the world. Brent Black estimated the production from Montecristi and the surrounding villages to be only about 2,000 hats a year.  Supply is more than in 1988 when he first started on his quest to protect Montecristi’s art of fine hat weaving. However, supply from Montecristi remains limited. You’ll have to be rich to be able to afford one. One reason for the rarity is there are few weavers left who are capable of making hats of 1,000 weaves per square inch (over 40 x 40 per inch). Another, is it takes a long time to weave a hat. A master weaver from Montecristi makes only about five to six hats a year on average, and of which maybe two or three are his best work.

When you own a Panama Hat, whether a Montecristi or Cuenca, you appreciate the hours of work that went into the hat. The best of the best takes eight months, and even the least requires eight hours of weaving.